The Corporate Alliance on Malaria in Africa (CAMA), with support from Access Bank Plc, launched the End Malaria Project in Lagos, Ebonyi and Kaduna.

CAMA and Access Bank commenced the project with an advocacy visit to government and community leaders in the Alimosho and Ikorodu Local Government Areas (LGAs) of Lagos State to familiarize the community with the project and engage them in the process.

While educating the masses on malaria, CAMA Program Director, Ochuko Keyamo-Onyige, said, “Malaria is known to be endemic in the tropics, and is transmitted all over Nigeria, where it is estimated that up to 97 per cent of the country’s population risk getting the disease. Transmission season lasts all year in Southern Nigeria, reaching its peak during the rainy season, thereby putting pregnant women and children under five with relatively lower levels of immunity at high risk.” “According to the 2020 World Malaria Report, Nigeria had the highest number of global malaria cases (27% of global malaria cases) in 2019 and accounted for the highest number of deaths (23% of global malaria deaths),” she continued.

Keyamo-Onyige further revealed that CAMA has launched the End Malaria Project as an initiative to galvanize private sector resources and capabilities for sustained support towards reducing the incidence and prevalence of malaria in the most endemic region in Africa by 2023, starting in Nigeria.

Also speaking about the program, Access Bank’s Head of Sustainability, Omobolanle Victor-Laniyan, said “The End Malaria Project is designed in alignment with the Sustainable Development Goals, specifically SDG 3, which aims to ensure healthy lives and promote well-being for all at all ages.” She also highlighted the need for more private sector organizations to complement government efforts by investing in high-impact health interventions such as malaria and maternal health.

The Chairman of Ijede Local Council Development Area, Mrs Motunrayo Gbadebo-Alogba, appreciated the organizers for bringing the intervention to Ikorodu and further emphasized the need for all community members to sleep under insecticide-treated nets, especially pregnant women. She also restated her commitment to ensuring that pregnant women and children under 5 have access to preventive treatment of malaria.

In Ebonyi state, advocacy visits were paid to the Executive Secretary of the Primary Health Care Board (PHC) on 4th September to engage the Ministry of Health regarding the implementation of the End Malaria Project in selected communities and the donation of essential commodities to the selected PHC.

In addition, a community malaria testing and net distribution exercise took place in the Hanwa and Zabi communities of Sanbo-Gari North LGA in Kaduna state. A total of 73 households were visited and the Zabi community which had a higher population recorded a total of 46 households while Hanwa-Rinji recorded 27 household visits. At the end of the community testing exercise, 451 people were tested including 171 pregnant women, with 281 testing positive to malaria and receiving free malaria treatment.

Executive Director of HACEY Health Initiative, Rhoda Robinson, expressed delight at the rate of participating pregnant women. “It is no news that maternal mortality ratio (MMR) in several low- and middle-income countries is alarming, with about 34% of global maternal deaths occurring in Nigeria, as World Health Organization (WHO) records shows that the MMR of Nigeria is 814 per 100,000 live births,” she said. “Hence, we are particularly grateful that 497 pregnant women were participants of the malaria testing in the three states.”

The End Malaria Project aims to increase the impact of these interventions in Lagos, Ebonyi and Kaduna states, and also expand to other endemic states in Nigeria. The program, which tested 2007 people for Malaria discovered that over 31.1% of total respondents were positive for the malaria parasite. The total number of individuals reached through community engagement in the three states was 11, 000.  While a total of 3597 insecticide-treated nets (ITNs) was distributed across the communities and Primary health care centres with 1997 ITNs distributed in 15 communities across 3 states and 1600 ITNs distributed across 30 Primary Health care centres in Lagos, Ebonyi and Kaduna states.

The project hopes to reach at least 5 million Nigerians through traditional media. This goal has commenced through an appearance on radio & TV programs.

CAMA channels the collective force of the private sector to drive impactful partnerships for malaria control and elimination in Africa.

Read more about our work here. Follow us on social media. 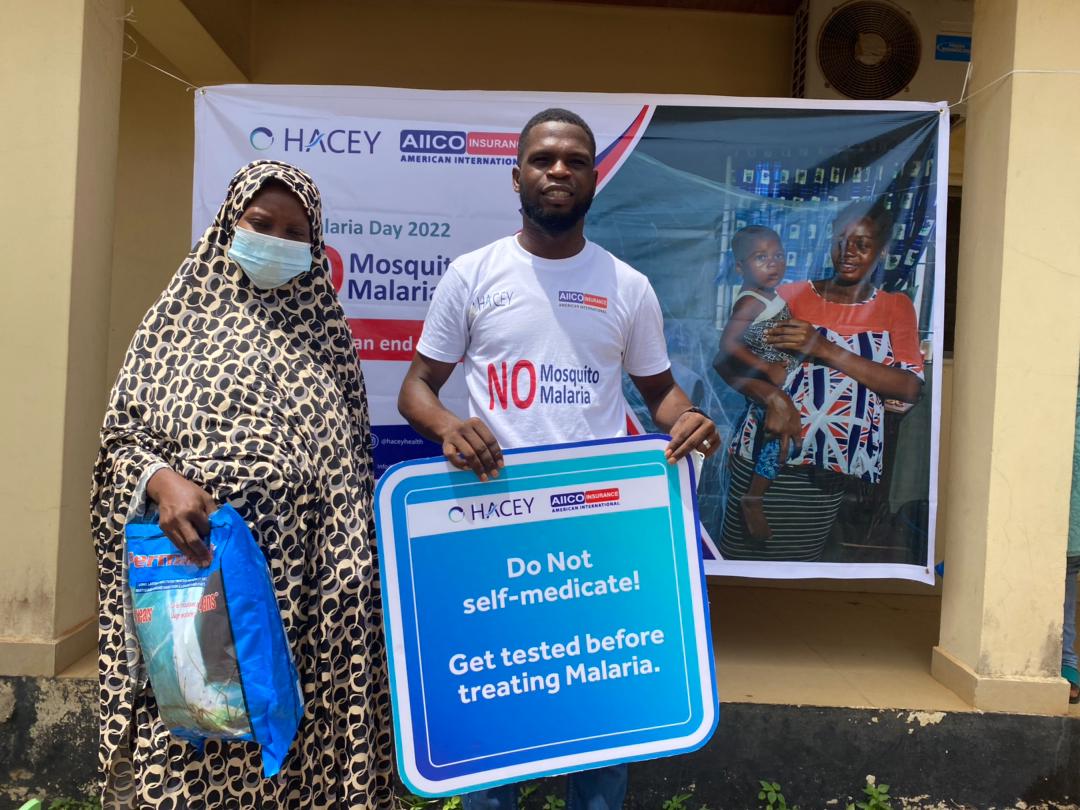 The Prevalence and Associated Factors of Malaria Infection Among Patients